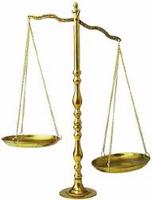 First of all, I want to apologize to the other members of this blog for not writing anything in a long time. Life is busy enough at home and the office, throw my busy LOR blogging cycle into it and add another blog and it's very hard.
Last week I told myself I'd start blogging here again, I have many topics I'd like to tackle including Faith, Mezuzahs, Shabbos, and how we individually as humans translate our connection to G-d into a physical concept.

One of the things I always found fascinating about food, is that almost always, the better it tastes, the worst is it for you. Think of your favorite food, and you'll see that it usually isn't the most healthy thing that could be on your plate. On the other hand, the healthy foods, the kind that are good for you, are usually bland and feel more like a obligation than a pleasure when you are eating them.
Without getting too detailed, most physical things we do, the easier they are to do, usually that means its bad. Coming home, and fixing that drawer, cleaning out the garage, going for a walk, all those things entail time and effort. Sitting on the couch for example, and watching your favorite TV show, takes little effort and is simple (and fun) to do.
Another example I've always drawn is when you have a toddler (or younger), when they bring out all the toys, it takes them mere minutes to throw their toys everywhere and create the mess. Cleaning it up on the other hand, takes time. It's easier to destroy than it is to re-build.
The same usually goes for doing Mitzvos (good deeds) and in fact some of the examples I gave before tie into doing Mitzvos (eating healthy for example is taking care of your body, which is a mitzvah.) Going to your grandfather's nursing home and visiting him might take a lot of time, be a long drive, and may sadden you to see his state, but it's a mitzvah.
The truth is, like anything hard, after you do it, don't you feel good? That's for me at least, where the main difference lays. I actually like doing some of the more "easier" Mitzvos. It's like a quick rush of goodness. I like to go out of my way to do them, I like the feeling. Does that make it wrong? Or less holy? I don't know, I doubt it, some might argue that what makes the Sechar (reward) for doing a Mitzvah big, is the amount of time and effort you put into it. But I never bought into that. Kissing a Mezuzah takes 1 second, yet to me it has to have the same significance as going to Minyan every morning and putting on Tefilin.
Doing a "quick" Mitzvah makes me feel good about myself, I can't imagine that's wrong. Still, when you do something huge, you always feel much better about yourself. When you finish building those shelves, or cleaning out the garage. You like to stand over your accomplishment, and say "I did this, I worked hard, and it looks great"
I remember this story about a guy in Shul, the Shamash, and how he knew nothing in the line of torah learning, he was a simple guy, yet the one thing he was always careful to do was unfold any creases and folds in the pages of the Siddurim and other books in the Shul. When he passed away and entered the heavenly courts, he had little to show for his life. An angel came in and before judgement was passed, he showed the court all the Mitzvos that he had received from this Kavod (honor) that he gave the Seforim in the Shul. It tipped the scales back into his favor.
A lot of "small" Mitzvos can go a long way. So yes, it makes me feel good.
... and I don't think there's anything wrong with that.

(for those of you who didn't get it, the title was a song from Uncle Moishy)
Posted by Chaim at 3:45 PM

Glad to see you are blogging here again. The things we do for others are especially important. Time and again I've learned that small, kind acts are long remembered. (And unkind acts are remembered even longer, unfortunately.)

I really like this mitzvah entry. It's something I can relate to. I had never thought of the fact that if I take care of my health, my body, then I am doing a mitzvah for self. That just might be a good motivator to get me to take a good walk later. To add to this though, the mitzvah for caring for ourselves extends far beyond. If we are healthy and strong and active, we are more capable of helping others and doing for others. So, this concept of health as a mitzvah is right on in my mind!

Additionally, I am not shomer shabbos or modern ortho or observant by many standards. However, one of the baby steps I've taken is to make sure I kiss my mezuzah. When I don't, I realize it, and often turn around and do it after the fact. It's interesting because I think this is so important for me to simply acknowledge myself and embrace it. Again, when we truly know who we are, we can spread that beyond self..so even this seemingly little mitzvah, has potention to be much bigger.